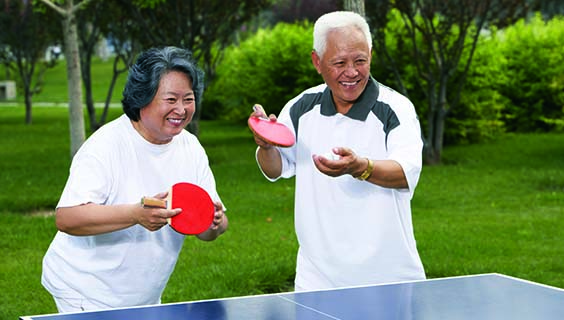 At hobbytwin, we believe we can very easily manage both lifestyle and lonesome illnesses if everyone pursued what they are good at towards leading happier and healthier lives. Here is a scenario; when we grow up and go to college or even marry, we leave our parents alone in the neighbourhoods. It is even worse for the elderly single patients who are left to live alone either in the mansions or in the farms and ranches we were brought up in. Here is one thing though. Let’s not forget that our parents also have hobbies or had fun activities that they liked to explore when they were young. For instance, take an example of an elderly woman who used to love baking, and now lives alone and away from her children. She would want to enjoy baking again just for the sake, or to surprise her grandchildren, but she is afraid of even suggesting the idea to herself because she doubts that she isn’t up to the task anymore. She may be so much in doubt that she no longer entertains such thoughts. Now, imagine that there is also a teenage girl in her neighbourhood interested in learning how to bake, but has idea where to begin. Let’s let our imagination wander a little further and assume that the teenager’s parents cannot even afford to take them to college. Now imagine being matched via the hobbytwin app, and the two get to bake together. Would it not be a win-win situation for both parties? Here are the advantages; During that moment when they would be baking together, the woman would have a companion, forget her loneliness for a couple of minutes, have fun doing an activity she almost forgot how much fun it was for her, surprise her grandchildren with baked goodies so she got free labour in the process, and inspire a new apprentice. That lonely feeling would disappear for a while, have fun teaching a young apprentice (or even her agemates), have companionship managing some lonesome illnesses such as stress and depression finding some sort of fulfilment. For the teenager, she gets a mastered skill for free, which she can turn into a career if she wanted, and also get to network with a real person in the neighbourhood. If impressed by her work the woman might even recommend her for a job at one of her children’s place of work. Everything and everyone is connected in the world through one way or another, and if we used that connection to solve some of the most basic problems we have, we would realize that we can also solve some of the most complex problems we are experiencing in the fields of health and education. Get the hobbytwin app today and take part in building a happier and healthier community around you.