In 2020, a lot of people heard about police killings, white supremacist militias, and a lot of protests. The 2020 rebellions were the biggest protests in U.S. history (NYTimes). People have to choose a side, even if they’ve never held a picket sign before. This means that people have talked about race and racism in heated ways in places you might not expect.

Christian Cooper, a birder, asked a woman in June 2020 to put her dog on a leash in a part of Central Park where there were songbirds. In response, she told the police, “there’s an African-American man threatening my life,” which was all caught on camera (YouTube). White nature lovers often look at black birders and ornithologists with suspicion. One graduate student talked about how he tries “to look as non-threatening as possible” to every white person he meets in the field. Now, birding groups that are mostly white are taking the first steps toward diversity by changing the names of birds that were named after white supremacists. The news said, “American birders have their own racial reckoning” (Washington Post).

TAKE ACTION
• Use advocacy and tough conversations to get rid of racial gatekeeping in social networks, organizations, and workplaces.
• Know how “gatekeeping” keeps racial inequality going.
• If you’re white, ask yourself, “Am I the kind of person a Black person might want to hang out with?”

Even the knitters had to think about their race. Karen Templer, who runs a business selling knitting supplies, said she was sorry for comparing her upcoming trip to India to “colonizing Mars” (Fringe Association). People of color were then able to talk about racism in the knitting community, though not everyone was ready. Sukrita Maho said that most of the criticism came from white people who didn’t understand why we were “making it about race” (Vox).

Race is not “about” bird watching. Even a group of white friends, a book club, or a new business probably isn’t “about” race. But if a social group or organization is mostly made up of white people, there is probably some kind of racial exclusion going on, even if it’s unintentional. Bringing up race in places where most people are white isn’t a distraction because those places are already “about” race.

Some people will say that it’s just a coincidence that their groups are all white. “It’s not their fault that people of color don’t want to knit, birdwatch, work, or hang out with them!”

It’s true that most people of color don’t want to hang out with white people who would rather not hang out with them. The problem is when groups that are mostly white act as gatekeepers and keep other people from getting opportunities.

People often learn how to bird through groups, and people who live in cities can find birds in urban parks. If people judge you based on your race at the park and give you strange looks at the birding society meetings, your new hobby might not work out.

This is also true for getting a job. 70% of the jobs that white people get are through friends or family. Informal networks of white people “hoard and share advantages with their mostly white family and friends” (The Atlantic). When thats the case, the result are that more than twice as many black college graduates are out of work as other graduates. Also, white trade school students get job tips from white teachers, which makes it harder for black students to find steady work in their field (Work in Progress).

Three-fourths of white people only hang out with other white people (Washington Post). Since most jobs are found through word of mouth, social networks made up of only white people perpetuate racial exclusion in the workplace. White social networks have taken over almost every field, from firefighting to ornithology to construction (American Sociological Association).

If you find yourself in one of these situations, the solution isn’t to hire a “diverse” member just for show (Health, The Root). Tokenism is just another form of racism, since white supremacy already reduces people of color to their race or ethnicity. If you think you’re the only one in your group of friends or club, it’s time to meet some new people (Madame Noire).

Instead, use your privilege to talk to your peers about their racist thoughts or actions, even if it’s hard or uncomfortable. If you think that a hypothetical new member, coworker, or friend of color would be used as a prop, left out, or treated suspiciously, you have a duty to address these attitudes now. You can put yourself in situations where you are the minority, but only if you can do so with humility, self-awareness, and respect. If it makes sense, try to get your place of work to hire people through open and anti-racist recruitment instead of just word-of-mouth (Talent Beyond Boundaries, CNBC, Recruiter).

As an Asian man, I know that because of my race, I will get some chances that other people won’t. I know that for the same reason, I won’t be able to take advantage of other opportunities, like leads on apartments, good things said about me to hiring managers, or invitations to social events. I know that this may have a bigger effect on my life, earnings, living conditions, and health than organizations or policies that are overtly racist. And I know that this is a key way that racial hierarchies are passed down from one generation to the next in the United States. Just being against racism is not enough. Racist gatekeeping needs to be taken down (Credit: Andrew Lee).

There have been “racial reckonings” in hobbies like birdwatching and knitting, which are mostly done by white people.
Even though talking about racism may be new in some places, networks, organizations, workplaces, and social circles that are divided by race are already “about race.”
Social and professional networks that are mostly made up of white people keep racial inequality alive.

Download the hobbytwin app and tell a friend for instant hobby matching: 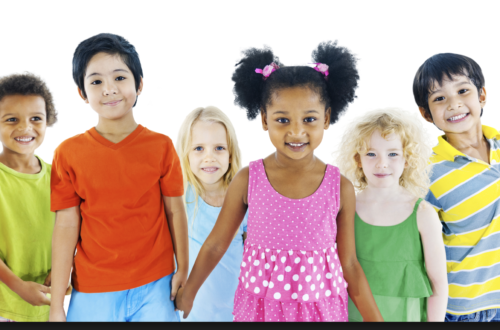